We're incredibly honored to be included in NPR Music's weekly playlist – "a rundown of the best new albums out each Friday" – on Spotify.

It's amazing to see our song "The Last Time We Were All Together" –  which we consider the heart of Haunts – alongside so many giants. We're not worthy.

Big thanks also to NPR Music's Lars Gotrich for picking Haunts in his Viking's Choice Guide to Bandcamp Friday. 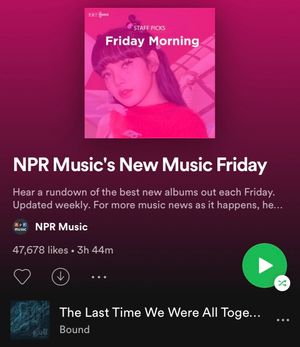 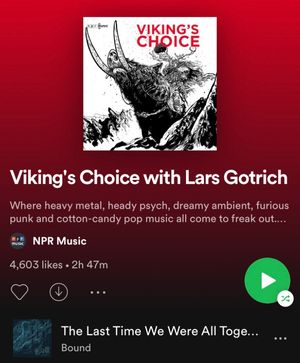